Year 9 student, Kaitlin won the National Legacy Junior Speaking Competition held in Sydney on 12 November 2018. Kaitlin is the first South Australian student to have ever won since its commencement as a national competition in 1995. The calibre of student presentations was extremely high. Kaitlin was awarded with the trophy, medallion and $500 cash. Congratulations Kaitlin!

Her achievement was featured in The Advertiser.

The Legacy Junior Speaking Competition is conducted through Australian secondary schools and colleges for students aged 12 to 14 years. The competition began in Melbourne in 1988 and commenced as a national competition in 1995.

Legacy is a charity providing services to Australian families suffering after the injury or death of a spouse or parent, during or after their defence force service. We currently care for around 60,000 beneficiaries, with 96% of them being elderly widows throughout Australia. 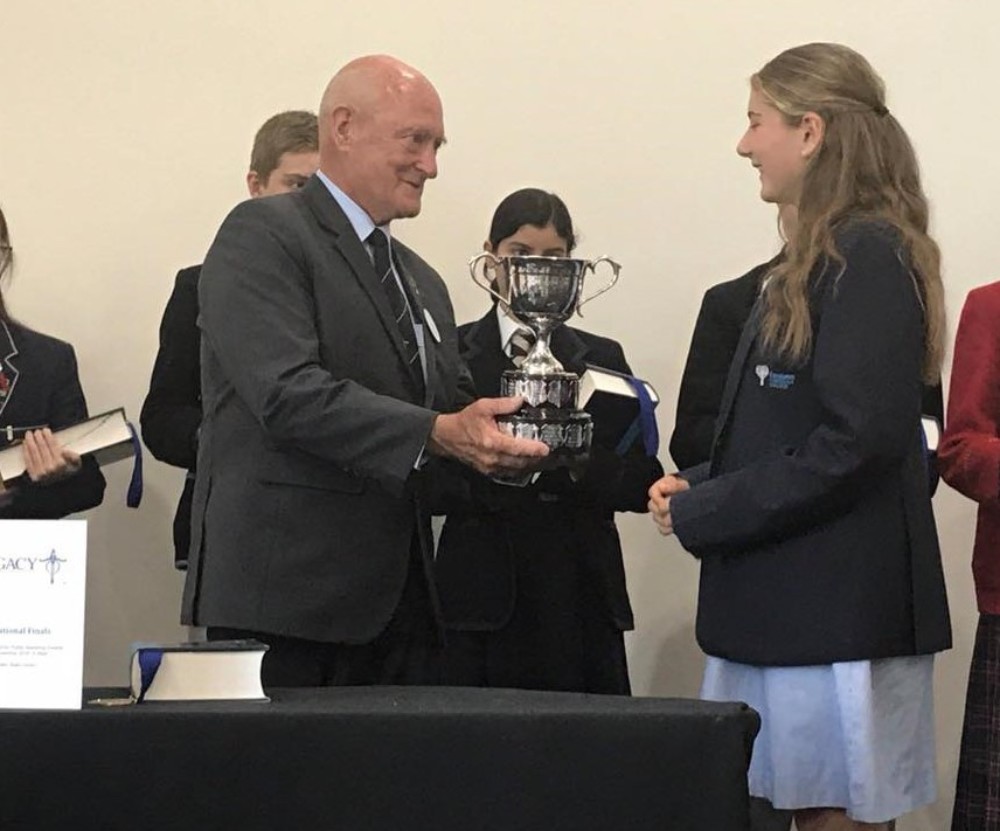 From the Head of Junior School